More details on the iPhone 5; new iPods on the market too 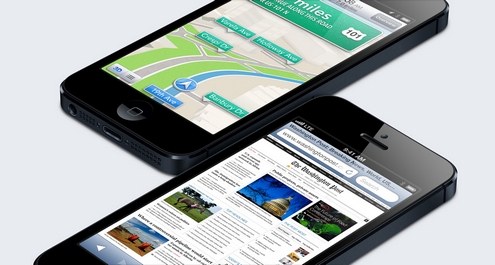 The iPhone 5’s official launch ceremony is now over and all the details on the new device have been published which gives us the opportunity to finish the iPhone 5 story started yesterday.

Yes, the iPhone 5 is finally here and it comes with some impressive specs – the new Apple smartphone is 8 per cent thinner than the iPhone 4/4S and measures 7.6 mm thin which Apple claims makes it the thinnest smartphone in the world. It is also 20% lighter than the previous model, and is all made out of aluminum and glass.

The iPhone 5 also comes with a new 4-inch Retina display that works at 1136 x 640 resolution and pixel density of 326 pixels per inch. The device fully supports GSM/GPRS/EDGE/CDMA/EV-DO/HSPA/LTE and Wi-FI a,b,g,n with dual-band. It comes with the new quad-core A6 processor, which is at least twice as fast when compared to the previous generation and offers twice the graphics performance with 22% less physical footprint.

In addition the iPhone 5 runs the newest iOS 6 operating system, which has more than 200 new features, including Facebook integration and more features and languages for Siri. Also, the smartphone has an 8 MP iSight camera that is 25 per cent smaller than that in the iPhone 4S and boasts a panorama feature. Further, the iPhone has a new FaceTime HD front-facing camera that records 720p HD video. The iPhone 5 also has the new all-digital Lightning connector but users will need to get an adapter to connect the iPhone 5 to 30-pin devices and accessories. Finally the iPhone 5 will be available in white and silver or black and slate when the smartphone ships on September 21. If you live in the USA you can get yours for 199 USD (16 GB of memory), 299 USD (32 GB of memory) and 399 USD (64 GB of memory) with a two-year contract.

But the iPhone 5 isn’t everything – Apple has also unveiled a number of new iPod devices including the new iPod Touch as well as the new iTunes for the Mac and PC with a redesigned player and seamless integration with its iCloud service. The new iPod Touch comes with the same 4-inch Retina display found in the iPhone 5. The device also has a 5 MP iSight camera with 1080p HD video recording and panoramic ability, Siri, iOS 6 and runs the Apple A5 processor. Additionally the device will offer up to 40 hours of battery life and will come in five different colours including a matching wristband.

There’s a new iPod nano too – the device is now the thinnest of the line and comes with a 2.5-inch multitouch display, navigation buttons, built-in Bluetooth, fitness features including a pedometer and support for Nike+. The iPod nano will be available in seven colors.