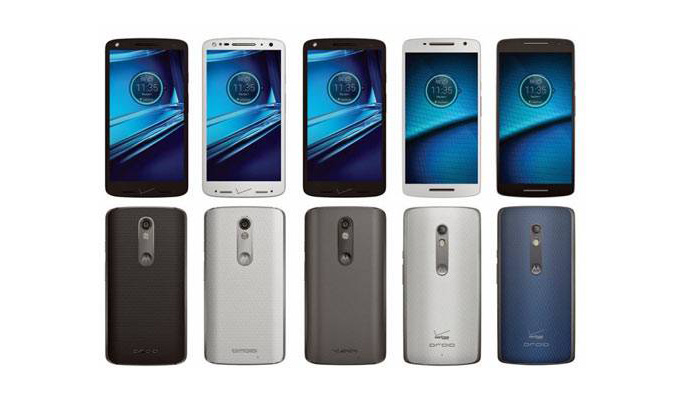 The Droid Turbo 2 is the company’s flagship model as of now – the device comes with a 5.4-inch Super AMOLED display that works at Quad HD resolution, which is slightly smaller than the expected size of 5.5 inches. The smaller display size is compensated through the inclusion of a new technology called Motorola Shatter Shield that makes the display extremely durable. The screen consists of five layers that make it extremely sturdy so chances are you will not crack it during the life of the smartphone.

The Motorola Droid Turbo 2 is powered by an 8-core Qualcomm Snapdragon 810 processor and offers 3 GB of RAM, 32 GB/64 GB of internal memory that can be expanded via a microSD card slot and a 3760 mAh battery. There are two cameras as well – the rear one is a 21 MP unit, while the front one offers 5 MP of image quality. The Droid Turbo 2 will be sold by Verizon where it will cost USD 624 with no contract required.

The Droid Maxx 2 is a more affordable handset that boasts long battery life. The device is basically the US version of the Moto X Play that is now on the market in Europe, India and Canada. The device offers a 5.5-inch display at 1080p resolution, a Qualcomm Snapdragon 615 processor with eight 64-bit cores at 1.7 GHz, 2 GB of RAM, 16 GB of expandable internal memory and a 3630 mAh battery. The handset has two cameras as well – a rear 21 MP sensor with an f/2.0 aperture, a dual-tone LED flash and a 5 MP front camera. The Droid Maxx 2 will be on the market on October 29 and will sell for USD 384 or USD 16 per month for 2 years.