Toshiba Corporation today unveiled the future of home entertainment, the CELL REGZA 55X1. This new LCD TV, the flagship of the company’s REGZA line-up, offers viewers state-of-the-art picture quality, including a dynamic contrast ratio of 5,000,000:1, and supports this with ultra-high-speed processing and recording, enhanced navigation and seamless network interactivity. The CELL REGZA 55X1 will be available in the Japanese market from the beginning of December.

The heart of CELL REGZA is Toshiba’s CELL Platform. A combination of the high speed parallel processing of the Cell Broadband Engine™ 2, specially developed for demanding multimedia applications, and Toshiba’s advanced image-processing algorithms, the CELL Platform achieves an arithmetic processing capability approximately 143 times 3 that of the current top-of-the-line REGZA TV, allowing it to support unrivaled image-enhancing capabilities. These include: 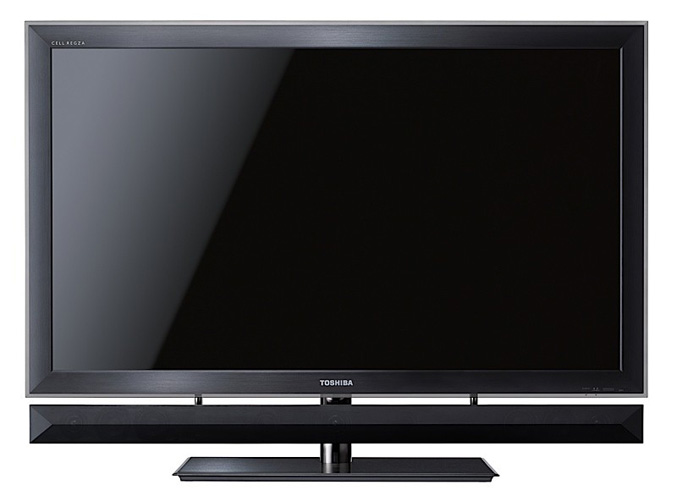 Another distinguishing feature of CELL REGZA is its storage capacity: a 3-terabyte (TB)7 hard disk drive. Two terabytes of capacity are dedicated to the CELL REGZA’s “time-shift machine,”8 which can simultaneously record up to approximately 26 hours of programming for up to eight channels9 of digital terrestrial broadcasts. The time-shift machine allows viewers to catch up on missed programs simply by pressing the “time-shift machine” button on the remote control. 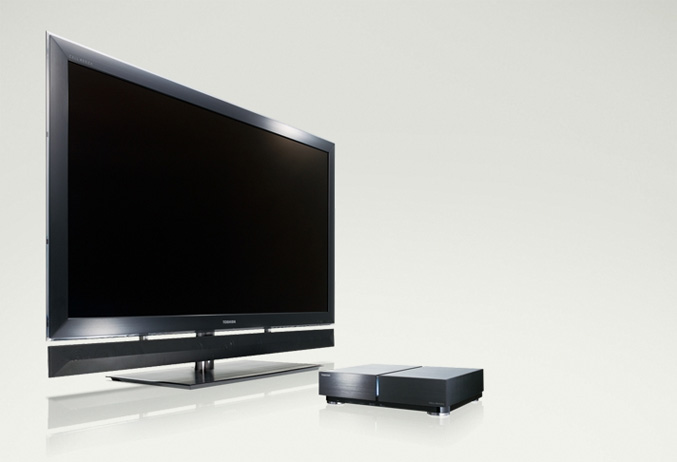 With the ability to store a massive amount of recorded programs, a fast, easy search function is essential. Toshiba delivers with “roaming navigation.” This allows viewers to find and display information on recorded, current and future programs simply by inserting an identifier—the title, person’s name, genre or related keywords.

The CELL REGZA consists of a striking, slim monitor and a stylish tuner that also integrates the hard disk drive. Both have a smoked aluminum finish, achieved with an alumite10 deposition process that lends the design a feeling of luxury. The remote controller is finished in the same way.

Drawing on some 80 years of experience in TV technology, and on synergies between its visual products, semiconductor and storage device businesses, Toshiba has developed CELL REGZA not only as the flagship model of its REGZA series, but also as a statement of the future of the LCD TV.