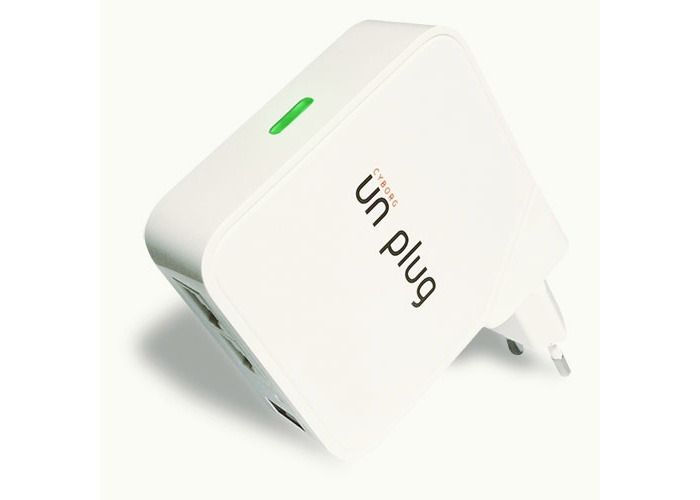 The US market has seen the launch of a new and rather intriguing gadget called Cyborg Unplug. The main goal of this device is to keep you safe from devices such as Google Glass and other undetected digital gizmos that can keep an eye on you and report your actions on the Internet. It is also useful against unwanted intrusions of your wireless home or work network.

The Cyborg Unplug works like this – the device is plugged into a wall outlet and will then immediately alert you if a potentially connected surveillance device enters the vicinity. What’s even better is that it can keep such devices out of your local network so that they can’t connect online and stream their unwanted recordings. The magic is actually simple – the Cyborg Unplug performs MAC filtering and identifies specific devices that you do not want on your network. In addition if Cyborg Unplug detects an unwanted device it can also send a message to your phone.

Unfortunately Cyborg Unplug can do nothing against devices that record and store videos on local storage memory but will certainly be useful against devices that you do not want to use your local network. The gadget can be of use in your office too and this is where the creators think it will be of most use.

There are two versions of the Cybord Unplug. The first one, called Little Snipper, sells for USD 50 and is equipped only with a LED blinker, while the second one is called The Axe and includes an Android app, an audio connection to any nearby speakers for an audible beeping alert and a 5G Wi-Fi connection as well as the more common 2.4G connection. The Axe sells for USD 85. Both devices are now available for pre-order.