Raspberry Pi Foundation has disclosed details about the upcoming ultra cheap Raspberry Pi computer that according to its creators can handle 1080p video and will cost just 25-35 USD.

The production of the new device is scheduled to begin next month after more than 5 years of planning and development. The new computer will be very tiny with dimensions that will be close to these of a credit card and will run under Linux. Its goal is to make programmable devices more accessible, with a view to having them everywhere from schools to the home. Still despite its small size it will boast some serious hardware and graphics power that according to Raspberry Pi Foundation board member David Braben can take the user “quite a way beyond Quake III Arena”.

The Raspberry Pi computer will come with a 700 MHz ARM processor, 128 or 256 MB of RAM depending on model, HDMI and RCA video outputs and SD card storage with power coming over a 5V Micro USB connection. The computer can plug into a TV and should be able to do most everyday tasks from there. 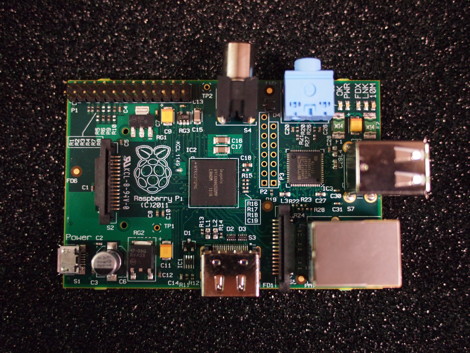 The reason behind the development of this tiny computer is that the Raspberry Pi Foundation people believe that the proliferation of easy-to-use but expensive devices such as modern PCs and game consoles has made people a lot less willing to experiment with computers. They hope that creating an inexpensive and small computer will open the doors to people who otherwise wouldn’t have considered learning about the way computers work.

Will it happen? We’ll see when the device becomes available next month.