Fight Night Champion, that’s the name of latest iteration of Fight Night franchise and is developing from EA Canada in Vancouver. We heard this already, but will quote – “Fight Night Champion will set a new standard in sports video games by delivering the most dynamic simulation fighting experience to date.”

The developers promise an entirely new way to step between the ropes and experience the drama, emotion, excitement and tragedy of world championship boxing. Of course there will be a new refined physics-based animation system with improved locomotion, punching and stamina mechanics, generally you will be able to move, attack, defend and spit blood like a true champion, as well and new “standard for visual presentation”, that truly conveys the brutality of the boxing sport.  They also promise an all-new control scheme and  most realistic punching system. 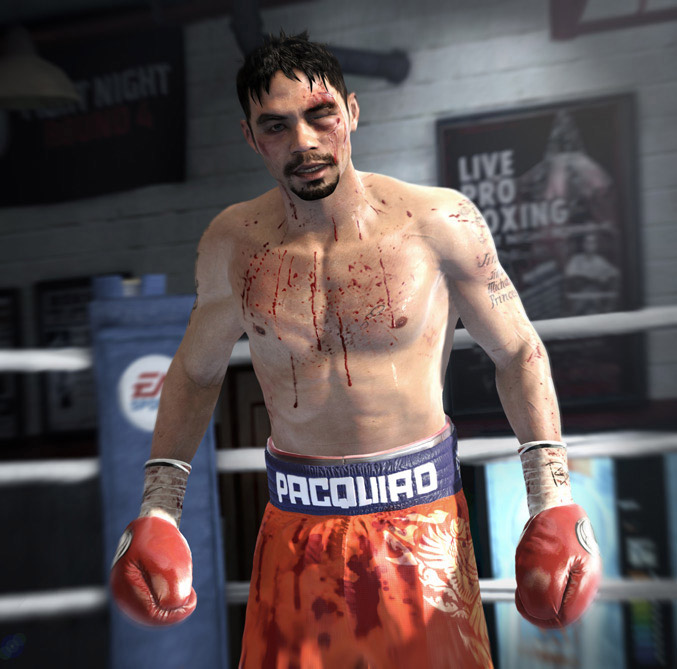 I have a question! Who could possibly do this to Manny “PacMan” Pacquiao? You probably will answer – Floyd “Money” Mayweather.  I don’t think so!

The next installment of Fight Night will be for Xbox 360 and PlayStation 3 and ships to retailers in 2011.