Xbox 360 Records Its Biggest Year Ever

Driven by record sales at retail along with an 84 percent jump in online consumer spending; global install base lead over PlayStation 3 expands to more than 8 million units.

Despite a tough economy, the gaming industry held strong in 2008 and Microsoft Corp.’s Xbox 360 video game and entertainment system recorded the biggest year in Xbox history, with more consoles, games and online entertainment experiences sold than any previous year. It was a year in which life-to-date unit sales of Xbox 360 systems climbed to 28 million consoles worldwide — expanding the product’s lead over Sony PlayStation 3 to more than 8 million units.

The Xbox LIVE community also grew to more than 17 million active members, as online consumer spending increased 84 percent from last year. Since the launch of the Xbox 360 three years ago, more than $1 billion has been spent on Xbox LIVE. This amazing growth was fueled by the launch of the New Xbox Experience1; the broadest selection of hit games, TV shows, and movies available; and mass-market price points, starting at $199.

Xbox 360 is experiencing record-setting sales around the globe, particularly in Japan and Europe, nearly doubling market share in these key territories. In Europe, the Middle East and Africa (EMEA) specifically, Xbox 360 has now sold more than 8 million units, extending its lead over the PS3 by more than 1 million units.

“For Xbox, 2008 will be remembered around the world as a pivotal growth year at retail and online — even in the face of tough economic conditions,” said Don Mattrick, senior vice president of the Interactive Entertainment Business at Microsoft. “Worldwide, a record number of players flocked to our broadest games and entertainment lineup ever, while the New Xbox Experience thrilled millions of fans by making our console even more engaging. And yet, we’ve only provided a glimpse into the new world of interactive entertainment that we’re imagining. The best of Xbox 360 is yet to come.”

One of the biggest trends in 2008 was consumers taking advantage of the convenience and value with digital distribution of games and entertainment content. One of the most popular offerings this holiday was Netflix on Xbox 360, which as a Netflix member provides users with access to unlimited viewing of more than 12,000 movies and TV shows in DVD quality as well as many in high definition. 2 In addition, Xbox LIVE is home to the largest library of downloadable games, game add-ons, movies and TV shows.

Between Christmas and New Year’s Day, Xbox LIVE experienced its busiest week ever, with a record of more than 1.5 million concurrent members online. During that week, some of the most popular movies, TV shows, arcade games and game add-ons included these: 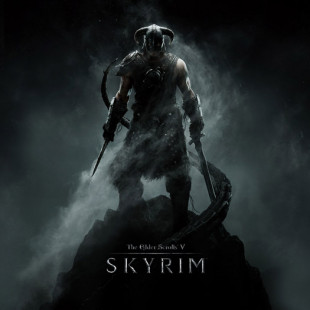 The Elder Scrolls V: Skyrim may get another DLC

Skyrim fans will be delighted to find out that Bethesda may be working on new DLC for TES V. The first hints of such DLC were found in the latest patch to the game, shedding some light on what might come our way. According to certain files found in the patch, the possible upcoming DLC will be...

How much do you know about the history of video games? Here are some interesting facts!

The Shortcut team invites you to take a trip through gaming history. Our infographic delves beyond the digital age, to the dawn of role playing games. We’ve constructed a timeline that connects the pixilated dots that span six decades in its evolution. The games begin in 1969 with ARPANET...