The Taiwanese hardware maker ASUS has launched its ultra high-end Maximus VIII Extreme motherboard on the LGA 1151 socket. The board was first unveiled in July of this year along with a few more models.

The Maximus VIII Extreme is designed for hardware enthusiasts and hardcore overclockers and that’s why it comes with everything you would expect from such a piece of hardware. The board is designed in orange and black colors and features the popular ATX form factor, support for all LGA 1151 Skylake processors, the high-end Intel Z170 chipset, an 8+2 power supply phase, 24-pin ATX, 8-pin EPS and 4-pin ATX connectors, a 16-phase VRM phase for the CPU and more. The Maximus VIII Extreme also has four DDR4 memory slots, four PCI-E 3.0 x16 slots for multi-GPU configurations, two PCI-E 3.0 x1 slots, eight SATA 3.0 ports, a SFF-8639 U.2 connector, two SATA Express 16 Gbit/sec ports and an M.2 32 Gbit/sec port. It has Gigabit Ethernet, 802.11ac Wi-Fi, Bluetooth, integrated SupremeFX sound, dual BIOS and tons of overclocking options.

One of the premier technology companies in the world, as well as the leading manufacturer of motherboards around the world, ASUS, announced that its Premium P6X58D Motherboard has achieved the fastest Intel Certified DDR3 Triple Channel Memory Speed ever to be recorded. The Asus P6X58D... 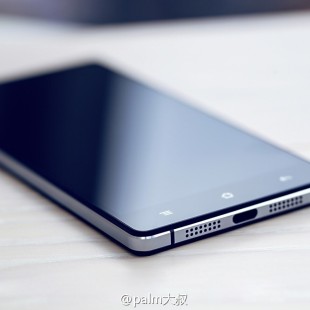 The high-end Chinese smartphone maker Oppo, whose R5 recently lost the title of being the world’s thinnest smartphone, has responded to the loss with the launch of the new R1C image smartphone. The device is very thin and has an extremely stylish chassis in our humble opinion. It has a glass...