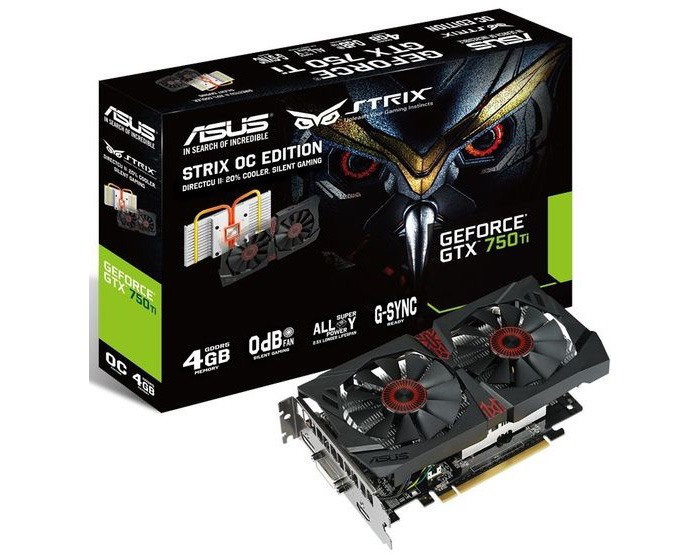 ASUS has started the sales of a new STRIX GeForce GTX 750 Ti graphics card that comes with 4 GB of GDDR5 memory instead of the standard 2 GB.

The new card is fully compatible with DirectX 11.2 and OpenGL 4.4 and supports GPU Boost 2.0, FXAA, TXAA, Adaptive Vertical Sync, CUDA, PhysX and 3D Vision. The card has one Dual-link DVI-I, one DisplayPort and one HDMI port in the back of it. It is worth noting that the STRIX GeForce GTX 750 Ti also uses the Super Alloy Power technology that includes very high quality components that prolong the card life and allow higher performance.