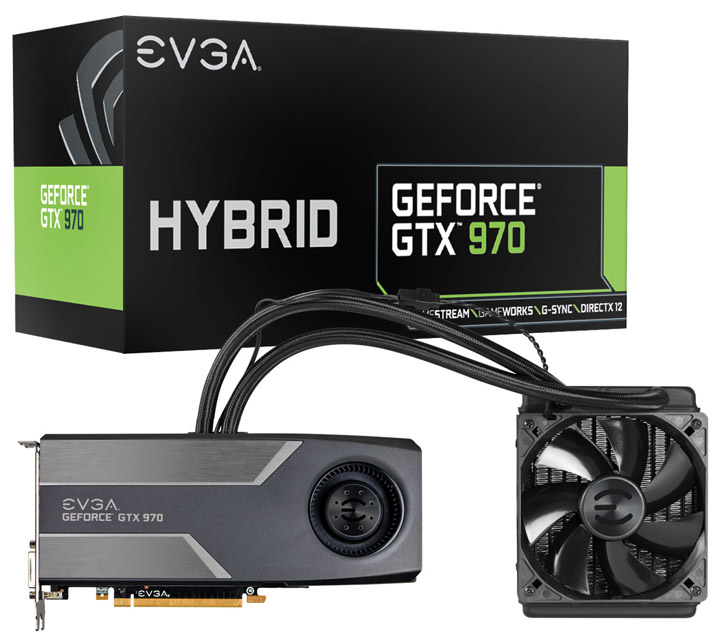 The name of the video card comes from the fact that the card comes with a hybrid cooling solution – the GeForce GTX 970 Hybrid Gaming features liquid cooling for the GPUnext to an ordinary air cooler that we can see on most cards on the market. The liquid cooler comes with a water block with a built-in water pump, hoses and a 120 mm radiator for a complete liquid cooling solution in place, while the air fan blows cool air onto the memory chips and other smaller video card components. This exotic cooling solution combination has allowed EVGA to overclock the GPU from the standard 1050 MHz to 1140 MHz (1279 MHz in Turbo Mode) but the memory stays at the standard 7012 MHz effective, providing 224.3 GB/sec of memory bandwidth. Speaking of this the EVGA GeForce GTX 970 Hybrid Gaming comes with 4 GB of GDDR5 memory, split in two chunks of 3.5 GB and 0.5 GB as accepted for the GeForce GTX 970. In the back the GeForce GTX 970 Hybrid Gaming offers two DVI ports, a single HDMI port and a DisplayPort connector, which can drive up to four monitors.