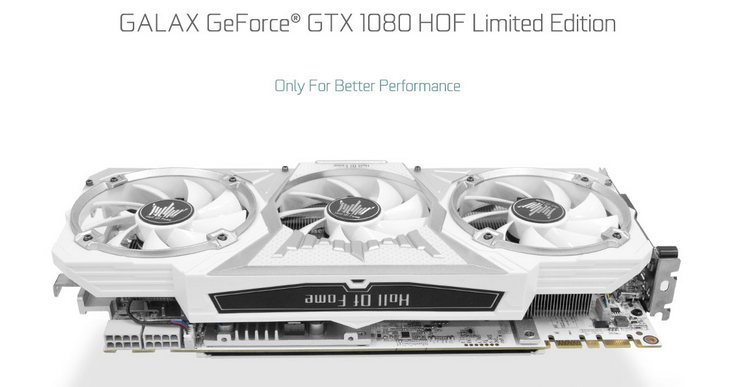 With each day passing by there are more and more GeForce GTX 1080 models on the market so it becomes harder and harder to catch customers’ attention. Galax now attempts something new – the company has announced the GeForce GTX 1080 HOF Limited Edition video card that comes with some serious factory overclock and an unusual PCB.

No word on pricing but given what you get, you should expect a high price for this one.