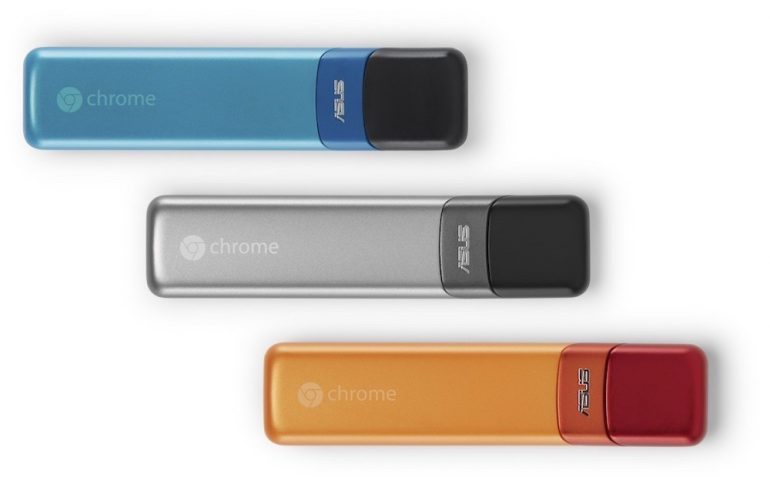 PCs on a stick have been gaining momentum in the past few years – they offer decent hardware and acceptable performance in small-sized plastic sticks that can fit nearly anywhere. Intel’s Compute Stick is perhaps the most popular such device but it might have just gotten a powerful opponent.

Google has just released its first PC on a stick called Chromebit. The device was presented for the first time a few months ago but now you can actually purchase it and it will cost you just USD 85. The Chromebit is made by ASUS and is as big as a candy bar, which allows the computer to weigh just 2.6 ounces (74 grams). It works just like Intel’s Compute Stick – you must plug the Chromebit into an HDMI port of any screen and then it will work as a cheap Chromebook. Inside it has a Rockchip RK3288 processor with four cores and Mali-T760 graphics, 2 GB of RAM, 16 GB of internal memory, 2 x 2 dual-band 802.11ac Wi-Fi, Bluetooth 4.0 and a single full-sized USB 2.0 port on one end. This is hardware that is powerful enough to do interesting things with your HDMI-enabled TV set – you can now use it as a spare computer, run an actual PC, use programs and much, much more.