AMD may not have the fastest x86 chips on the market right now but this company undoubtedly leads in one chart – that of high CPU clock speed. AMD’s FX-9590 processor is currently the world’s fastest x86 chip in terms of clock speed – the silicon inside runs at full 4.7 GHz and even at 5.0 GHz when in Turbo mode. But will AMD keep this crown much longer?

We kind of doubt it – new online reports claim that after launching the Core i7-6950X ten-core Broadwell-E processor Intel will release a new 14 nm chip that will run at full 5.1 GHz. The chip will be called Xeon E5-2602 V4 and will be designed for server use. Unfortunately, the reports continue by saying that the Xeon E5-2602 V4 cannot be used in desktop systems so despite the high clock speed chances that you will be able to use this chip in your computer are more than slim. In addition in order to reach such a frequency Intel had to cut down the number of cores so the Xeon E5-2602 V4 processor will be a quad-core part. The chip will have 10 MB of L3 cache, which amounts to 2.5 MB of cache per core, and will operate at 165W of TDP, which is still a bit better than AMD’s 220W TDP level for the FX-9590.

There’s no word on pricing as of now but it will hardly be of interest to you since the Xeon E5-2602 V4 will not be available in stores. Instead Intel will ship this processor to large partners across the USA and there’s even a rumor that the US Department of Homeland Security will employ this chip. Even then it is still good to know that Intel develops new chips after years and years of releasing marginally faster processors.

The Korean tech giant Samsung is likely working on a new QWERTY-type smartphone, rumors on the Net suggest. Despite the huge success of the Galaxy S3 Samsung feels it must offer a new budget smartphone and the Samsung GT-B5330 is exactly what the company needs. Despite the lack of information... 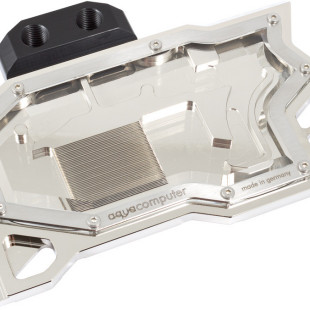 The GeForce GTX Titan X is one of the finest and fastest video cards users can purchase nowadays. It offers both looks and performance thanks to excellent hardware inside – a NVIDIA Maxwell GM200 GPU that packs 3072 CUDA cores, 192 texture units and 96 ROPs as well as 12 GB of fast GDDR5 memory...

The Eagle-Eye Converter by Penguin United which was presented at E3 is now widely praised by gamers and journalists for the accuracy and lag-free response it provides. The lack of speed and accuracy is the biggest drawbacks while playing first-person shooter on a console controller, but the...