Intel’s latest Skylake processors are some of the best hardware money can buy nowadays but numerous reports on the Internet claim these chips can easily bend when used with heavy CPU coolers. This is a serious problem that may lead to a broken CPU or a damaged motherboard and this is a scenario people must avoid.

MSI has been aware of the issue for quite some time and that’s why this Taiwanese company has come up with an interesting solution that battles the aforementioned problem. The solution is called CPU Guard 1151 and as the product name suggests this is a CPU protector that is designed for use with Intel Skylake processors as well as Intel Xeon E3 v5 chips. The CPU Guard works by firmly affixing the Skylake processor to the motherboard’s socket but as of now the device supports LGA 1151 processors only. The good news is that CPU Guard 1151 has support for all LGA 1151 chips.

Right now it is unclear when CPU Guard 1151 will be commercially available and at what cost.

Samsung Electronics Co. Ltd., a leading mobile phone provider, today announced the launch of its newest full-touch screen mobiles – S5600 and S5230. With these latest products, Samsung is able to enhance its position as a leading player in the hugely popular touch screen mobile market. “Samsung... 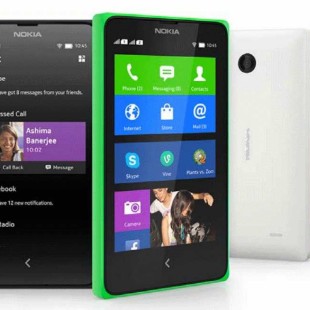 In case you have recently purchased a Nokia X smartphone, you are out of luck – Microsoft, the company that sits behind Nokia, has officially cancelled the Nokia X software platform and the phones that go with it. The Nokia X line was an interesting attempt to sell a Nokia smartphone that...