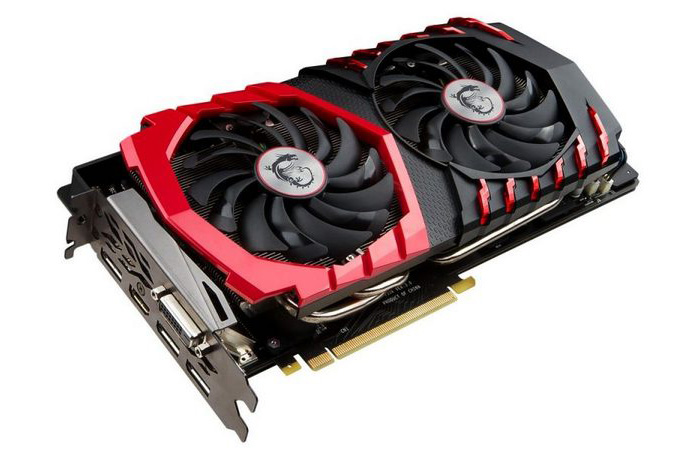 The GeForce GTX 1070 Gaming Z and the GeForce GTX 1080 Gaming Z share most of the remaining tech specs. They use PCBs that have been designed by MSI and include 8+2 PWM phases and two power connectors – one 6-pin and one 8-pin. The cards also employ TwinFrozr VI coolers that include heat pipes, a massive heat sink and two 100 mm cooling fans. In the back the cards come with a special reinforcing backplate with RGB LEDs.