MSI launches another Skylake mini-ITX board 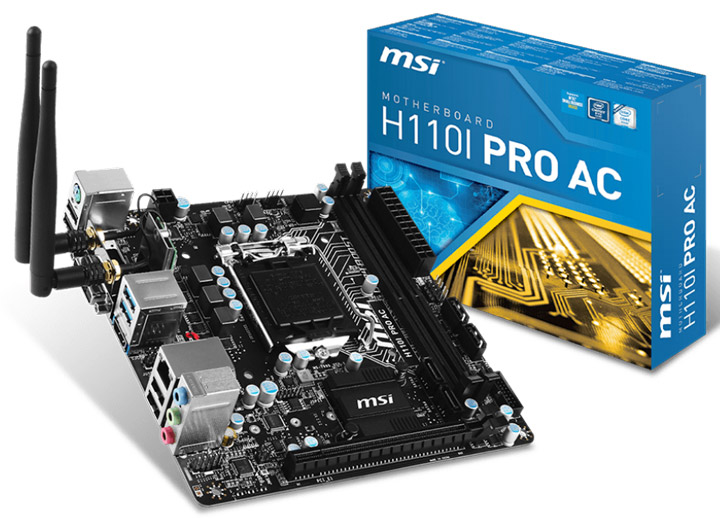 MSI has launched one more mini-ITX motherboard that is designed for Intel’s Skylake processors. The new board is called H110I Pro AC and when compared to the already released MSI H110I Pro motherboard, the newcomer shines with an Intel Dual Band Wireless-AC 8260 network card that complies with the 802.11ac and Bluetooth 4.2 standards.

There’s no information on the price of the new MSI motherboard as of now.