NVIDIA has officially launched its latest graphics card – the GeForce GTX 680 – which features the long awaited Kepler architecture and according to most reviews and benchmarks the US company has a champion in its hands.

The GeForce GTX 680 is NVIDIA’s fastest video card they have created so far and for the first time ever the GPU is built with 28 nm technology. In addition the novelty also sports new technologies such as the so-called GPU Boost.

The new GPU Boost technology changes the core speed depending on load. Thus when the GPU is involved in calculations its speed jumps from 1006 MHz base speed to 1058 MHz in order to provide better frame rates. GPU Boost works the opposite way too – when the GPU is idle its clock speed drops to 324 MHz. Due to this variable clock speed, the new GTX 680 manages to be very power efficient, with a TDP of just 195W, less than that of the older GTX 570, let alone the 580. Also, despite all that extra power, the GTX 680 runs at 98 degrees Celsius, just one degree more than the GTX 580. 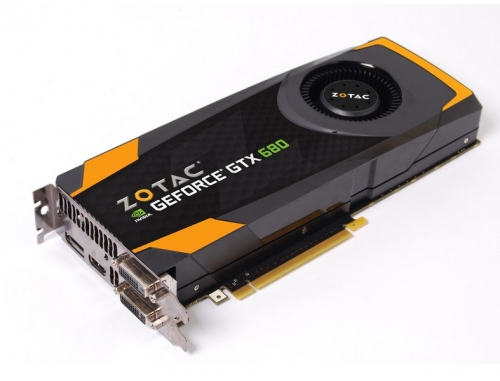 Along with that, the new GeForce GTX 680 also introduces a number of other things, such as a new streaming multiprocessor block, known as SMX, that is said to deliver twice the performance per watt compared to previous generation cards, special board components, including acoustic dampeners, high-efficiency heat pipes and custom fins for a quieter gaming experience, new FXAA and TXAA antialiasing and Adaptive VSync technologies and support for up to four separate displays – three of them in 3D – off a single card.

ZTE launches the Blade S6 Plus on eBay

So if you are an enthusiast or a gamer with a deep wallet, the GeForce GTX 680 is the best graphics card money can buy you right now.