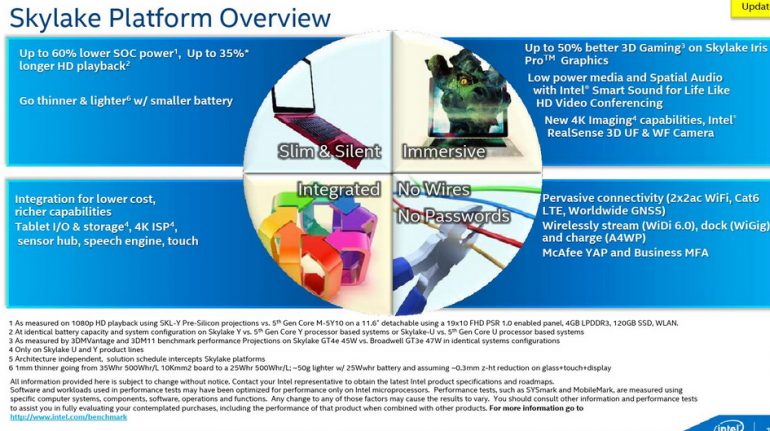 It’s almost the middle of year 2015 and this means that Intel’s Skylake processors are closer than ever. In fact Intel has included support for Skylake and the Z100 Express chipset series in its latest drivers, which hints that Skylake will be launched very soon but this is another story that you can read in a neighboring article.

Unfortunately the two models that we have heard of so far – the Core i7-6700K and Core i5-6600K – will come with a rather high TDP rating of 95W, even though they will be made on Intel’s finest-to-date 14 nm production process. As a comparison, Intel’s Ivy Bridge processors featured 77W TDP and Haswell came at 84W TDP – all of them being built on 22 nm technology. Fortunately Intel has an unofficial explanation – Skylake will come with a significantly more powerful intergrated graphics processor, hence the increased heat dissipation.

Despite the higher TDP Intel Skylake will come with better power efficiency – chips based on the Skylake architecture will need 60 per cent less power when compared to similar Haswell processors. This will lead to 35 per cent longer HD video playback on portable devices with Skylake processors. In addition Skylake processors with slower GT3e graphics will need up to15 watts of power when working, down from the 28W of power needed for Broadwell. Chips with GT3e graphics will be used in ultrabooks but there’s a price to pay – in order to get down to 15 watts the eDRAM cache memory used will go down from 128 MB to 64 MB.