Skype announced that a new version of its iPhone application is now available on the Apple App Store. The new version 2.0 of the iPhone Skype Client allows consumers to use Skype to make calls over a 3G connection. Previous and older versions of the Skype client for iPhone only made it possible for Skype calls when the iPhone has access to wireless internet.

3G Skype to Skype calls will be free throughout the end of the year. Skype stated that it will announce pricing in the future for the next 2011 years, and beyond.

The new iPhone skype client features very improved CD-like audio in the calls, in addition to the 3G calling capability. It also features a better call audio quality indicator and faster start-up times plus quick access to the dial pad from the home screen of the Apple iPhone. The new skype application for the iPhone is now available on the Apple App Store. 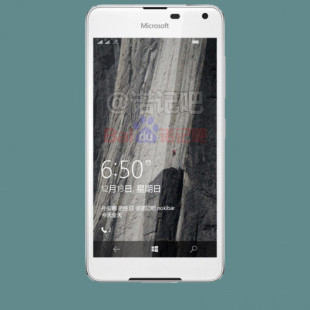 A Chinese web site has released an officially looking render image of Microsoft’s upcoming Lumia 650 smartphone ahead of launch and the image gives us a pretty good idea what to expect. The image shows a smartphone, which has a metal frame and two speaker openings up front. The Lumia 650 will...

Feeling increased product pressure by Intel, which just released a new platform based on a new chipset and chips, AMD has released a new member of the FM1 processor familiy – the AMD Athlon II X4 651. The new chip is made for AMD’s socket FM1 platform, runs at 3.00 GHz and does not feature an...

Customers will be able to purchase HTC Touch Pro2 through the Web (www.sprint.com), Telesales (1-800-SPRINT1) and sales representatives for $349.99 with a two-year service agreement and after $100 mail-in rebate, beginning from September 8. Sprint will offer acces to Sprint TV with live...