Palit GTX 285 2GB is the first and the only one graphics card available in the market. The Palit GeForce® GTX285 1GB and 2GB feature a core speed of 648MHz and 2.5GHz on its GDDR3 memory with a 512bit interface. It supports the latest NVIDIA PhysX® technology providing real-time physics simulations in leading edge PC and console games. With up to 50% more performance than prior generation GPUs, GeForce® GTX 285’s GPUs tear through complex DirectX® 10 environments and cinematic effects at blazing frame rates in extreme HD resolution! 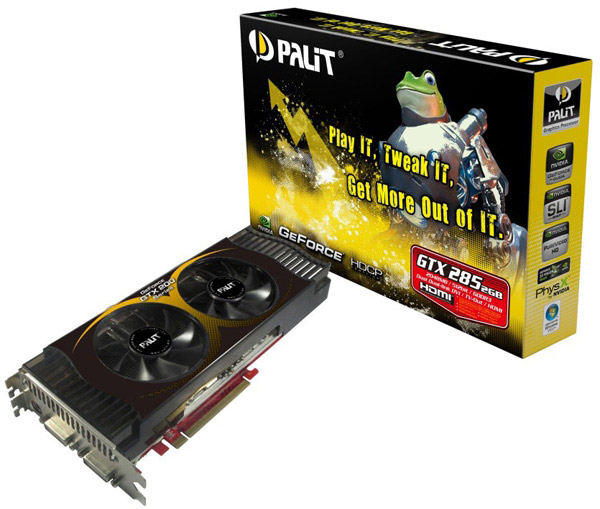 Palit innovative dual fan cooling system for the GTX 285 series comes with two PWM fans and four heat-pipes to provide high performance and trustworthy cooling solution. Conceived for two GPUs, the two PWM fans are able to provide sufficient air flow to cool GPU on the graphics quietly. The PWM fan created for both fans can adjust the fan speed depending on the GPU’s temperature. Palit’s GeForce® GTX285 also supports NVIDIA CUDA® technology, unlocking the power of the GPU’s processing cores to accelerate the most demanding system tasks (such as video transcoding) to deliver up to 20x the performance over traditional CPUs.

We Heart It – an app for every day