Street Fighter IV – another of most anticipated game for 2009 review

HADOOOO-ken! If you’re waiting too many time to throw FireBalls and SoNiC BOOMs, counter with uppercuts – Yes it’s finally here – Street Fighter IV, another of most anticipated games for 2009 is now reviewed.

It’s obvious that each iteration of the long-running Street Fighter series has been carefully tuned and tweaked to the finest degree, and nowhere is this more apparent than in Street Fighter IV. The lessons learned in the franchise’s 20-plus years have been used to prune back the core fighting experience to create something truly special. Street Fighter IV isn’t a success simply because it’s one of the most technically complex 2D fighters ever made, it’s a success because it’s also wrapped inside a layer of absolute accessibility. Never has the old “A minute to learn, a lifetime to master” adage been truer than it is here…READ MORE

Fighting game fans that don’t have access to a Japanese arcade have been waiting for Street Fighter IV for a long time. Capcom’s high-profile fighter continues a nearly twenty year tradition and many gamers — especially long-time fans — have been intensely curious as to how the game will play and what it will do for the legendary series…READ MORE 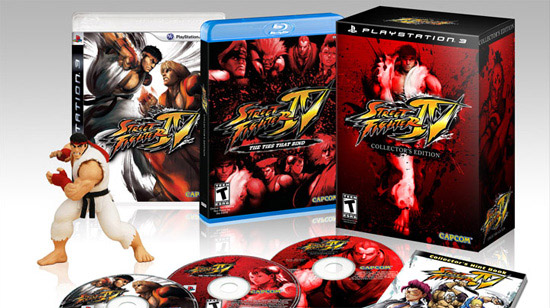