After the competition, when things quieted down, all of the contestants gave the N275GTX Lightning a great rating – especially the power supply design, thermal design, Military Class components, and overclocking capabilities. The contestants where able to run all the N275GTX Lightning at a stable -100°C and over 1GHz – the kind of performance usually only achieved by one in ten thousand cards! 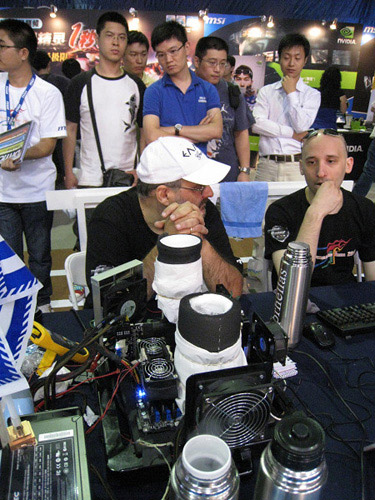 The outstanding performance of MSI N275GTX Lightning is directly related to the components used to build this graphical beauty. All the Military Class components comply with US Department of Defense MIL-PRF-39003L operating temperature standard, and are used by NASA satellites and shuttles. Highest grade Hi-CAP capacitors, all Solid State Choke design increase stability and lifespan, as well as eliminate high-frequency noise when running a high voltage through the card. A redesigned 10-phase PWM allows the GPU and RAM to receive an even higher power supply quality. Additionally, this card makes use of the unique Twin Frozr II thermal design that uses two fans and extra thick 8mm SuperPipe to quickly and quietly dissipate heat. V-Check Point allows users to quickly check the GPU and RAM voltage, and it is easy to see why this card received the praise from the overclocking masters at MOA. 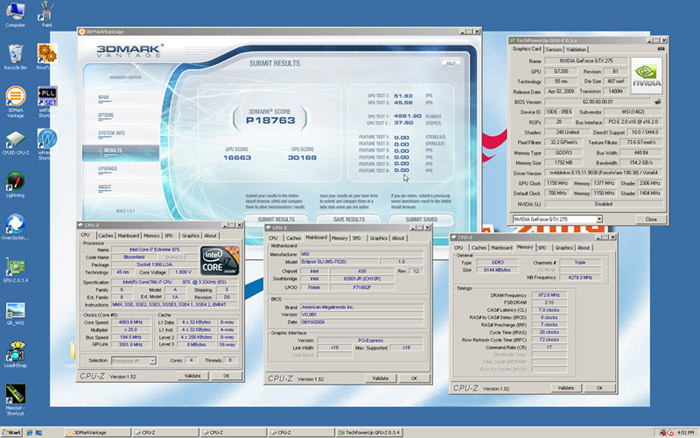