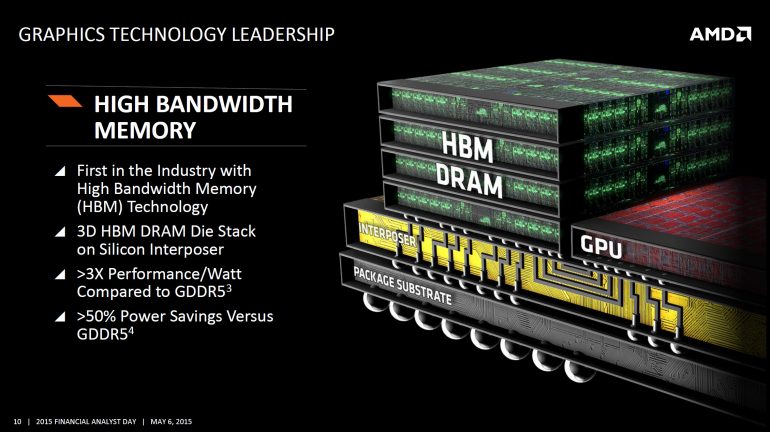 We continue the coverage of AMD’s Investor Day with a few words on the upcoming AMD graphics processing units, scheduled for next year. According to AMD, Zen will not appear alone on the market – the new architecture will be accompanied by a new generation of AMD GPUs. Speaking of them AMD claims the new GPU chips will cover all market segments and will bring a large number of improvements with the most important one being 100 per cent better performance/watt ratio compared to the current AMD GPU generation. This will be achieved thanks to the use of a new 14 nm FinFET production process.

The next generation AMD GPUs will bet on several important new features such as the wide adoption of the latest DirectX 12 API, the AMD Vulkan API, Windows 10 and 4K displays getting more and more affordable. In addition to this AMD says it has a secret new major design win that will make an impression in 2016 when it gets released.

Apart from this news AMD confirmed it would release the highly expected Radeon R9 390 graphics card with HBM memory inside soon. HBM, also known as high-bandwidth memory, will be two times faster than the current GDDR5 generation at half the power consumption. The new card will be announced around Computex 2015, which will take place between June 02, 2015 and June 06, 2015.