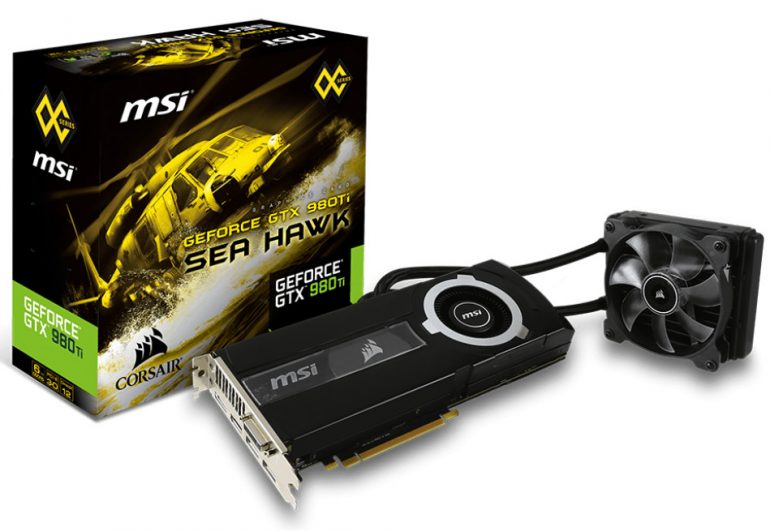 The new MSI GeForce GTX 980 Ti Sea Hawk video card comes with the GM200 Maxwell GPU, which contains 2816 stream processors and high-quality Military Class 4 components which promise longer hardware life. The video card also has 6 GB of GDDR5 memory over a 384-bit memory bus and runs at 1190 MHz (1291 MHz Turbo) for the GPU and at 7096 MHz for the memory. The card comes with one 6-pin and two 8-pin power connectors and in the back there are three DisplayPort connectors, one HDMI 2.0 and one Dual-Link DVI-I. There are two SLI connectors as well. The MSI GeForce GTX 980 Ti Sea Hawk uses air cooling for the memory chips while the GPU uses a liquid cooling solution that requires no assembly or maintenance by the end user. The card comes with MSI Afterburner software as well.