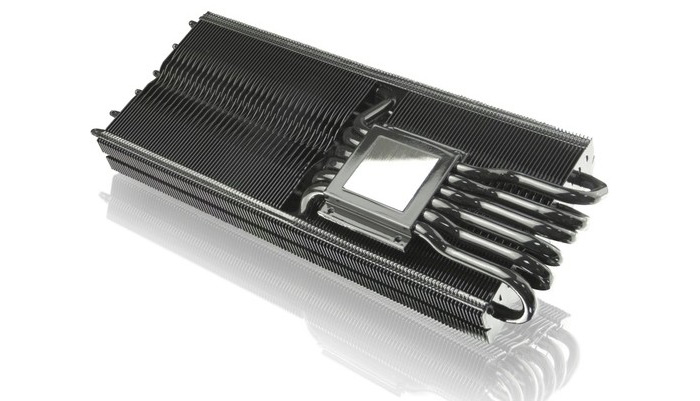 The recently formed company Raijintek, maker of various cooling solutions, has prepared a new cooling solution, designed for video cards. The new cooler is called Morpheus Core Edition and has a special feature – it can cool cards with TDP of up to 360 watts.

The new Morpheus Core Edition is a version of the Morpheus cooler, which was launched earlier this year. It measures 254 x 98 x 44 mm and weighs 515 grams. Specs-wise the Raijintek Morpheus Core Edition comes with six 6 mm copper heat pipes and an aluminum heatsink with 129 fins. The device supports up to two 120 mm cooling fans and allows users to use 24 RAM heat sinks and 1 big VRM heat sink to cool the memory and the power subsystem of the video card that uses the cooler. The Morpheus Core Edition is compatible with all modern AMD and NVIDIA video cards and comes with a chassis that is all colored in black, making the cooler look very stylish.

The price of the Morpheus Core Edition is unknown as of now.