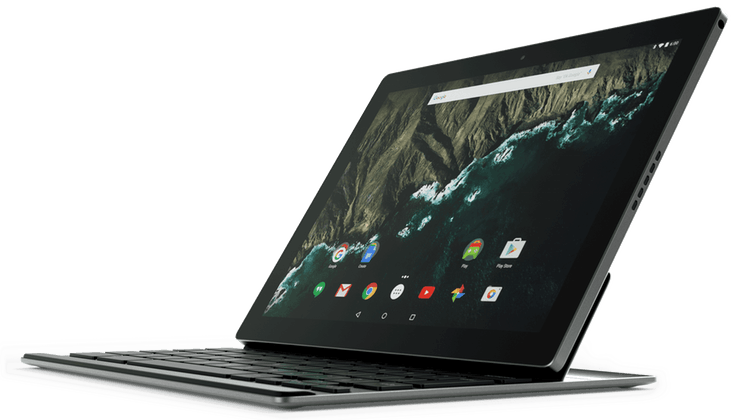 Google has announced an interesting new tablet called Chromebook Pixel C. The device is designed as a tablet but comes with a dock station so it can be used as a 2-in-1 system but given the name of the product Google considers the device as a tablet in the first place.

The Chromebook Pixel C offers a relatively large 10.2-inch display that works at 2560 x 1800 pixels and inside the tablet has an NVIDIA Tegra X1 processor with four ARM Cortex-A57 and four ARM Cortex-A53 cores as well as a Maxwell GPU with 256 stream processors. The device also has 3 GB of LPDDR4 memory, 32 GB or 64 GB of internal memory (depending on the model), 802.11ac Wi-Fi, Bluetooth 4.1, a 2 MP web camera up front, an 8 MP rear camera, stereo speakers and more. The tablet is just 7 mm thick, which makes it more portable than other devices in this class.

The tablet runs Android 6.0 Marshmallow and costs USD 499 for the 32 GB version and USD 599 for the 64 GB model and this price also includes a sleek, thin keyboard that can be attached to the device. Unfortunately there’s no information on when the Chromebook Pixel C tablet will actually be on the market.