The Japanese Toshiba has released a new 7-inch tablet that will belong to the budget Toshiba products. The new device is known as Excite 7 and comes with some tech improvements when compared to other slates on the market.

The Toshiba Excite 7 is based on a 7-inch display that works at 1024 x 600 pixels and comes with a LED backlight, a 5-touch Multi-touch interface, 170-degree viewing angles, a quad-core Rockchip RK3188 processor at 1.8 GHz, ARM Mali-400 MP4 graphics, 1 GB of RAM, 8 GB of internal memory, a microSD slot, two cameras at 3 MP and 0.3 MP, Wi-Fi, Bluetooth, a GPS receiver and two integrated speakers. A lithium ion battery powers the device.

Nokia proves phones can't be too thin or too smart

At CTIA Wireless 2009, Nokia announced it will deliver the thinnest QWERTY smartphone, the Nokia E71x, to consumers across the United States together with AT&T in the coming weeks. Echoing the sleek design and feel of the world renowned Nokia E71, the Nokia E71x offers the ultimate QWERTY... 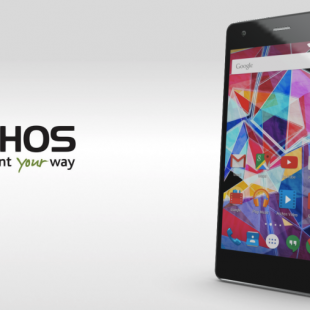 The French company Archos, which is known for making interesting and advanced smartphones with low prices, has announced the Diamond S smartphone. The new company device measures 146 x 70.4 x 8.4 mm and weighs 118 grams. The new smartphone is based on the MediaTek MT6753 octo-core processor...

Motorola this week has made official the XOOM Wi-Fi edition for those who don't want 3G connectivity. The tablet will  arrive at US retailers, priced at $599 with 32GB onboard storage. The 10.1-inch (1280 x 800) tablet is powered by 1GHz NVIDIA Tegra 2 processor and have 32 GB of onboard...