LG Display to Invest in Expansion of 8th Generation Line

On July 15, LG Display’s board of directors decided to construct P8E(P8-Extension), expansion of its 8th generation line, in the Paju Display Cluster to secure a long-term edge and capitalize on the growing market for large LCD TVs after reviewing the market environment and the company’s current production capacity. 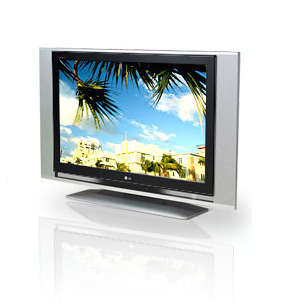 LG Display is planning to adjust the ramp-up schedule of P8E flexibly depending on market conditions. The current plan is to launch P8E initially with monthly capacity of 60,000 input sheets of glass substrate by the second half of 2010 and increase the number according to market circumstances to 120,000 sheets during 2011.

The global LCD TV panel market surpassed the 100 million unit mark in 2008 to record 113 million units. The market is forecast to grow at an annual rate of approximately 10 percent, from 140 million units in 2009 to 161 million in 2010 and reach 219 million in 2013, according to the market research firm DisplaySearch.

The company has been experiencing a shortage of 20-30 percent in received orders due to swelling demand and expanding market share of its major customers. The latest investment is expected to help LG Display meet growing demand and mounting orders expected from customers.

In addition, the company plans to maximize investment efficiency and cost competitiveness from the outset of P8E operation. The use of existing building optimized for 8th generation will help to minimize investment expenditure, and through P8E the company’s productivity at its 8th generation lines is expected to increase more than double which, in turn, should result in economies of scale and lead to cost savings.