The Nokia E6 combines glass and stainless steelin its body, measuring 115.5x 59 x 10.5 mm and weighting 133g, and is equipped with 2.46-inch (640 x 480) capacitive touchscreen, along with a QWERTY keyboard. It is powered by ARM1176 680MHz processor backed by a Broadcom graphics accelerator (BCM2727). It has 256MB RAM and 1024MB ROM and 8GB of storage,plus  a microSD card slot for more. Other features include Ambient Light Sensor, Magnetometer (Compass), Orientation sensor and a Proximity sensor, GPS, Wi-Fi b/g/n and Bluetooth 3.0, micro-USB port and an 1500 mAh battery. The E6 also has an 8MP camera with dual-LED flash and 720p HD video recording capability. 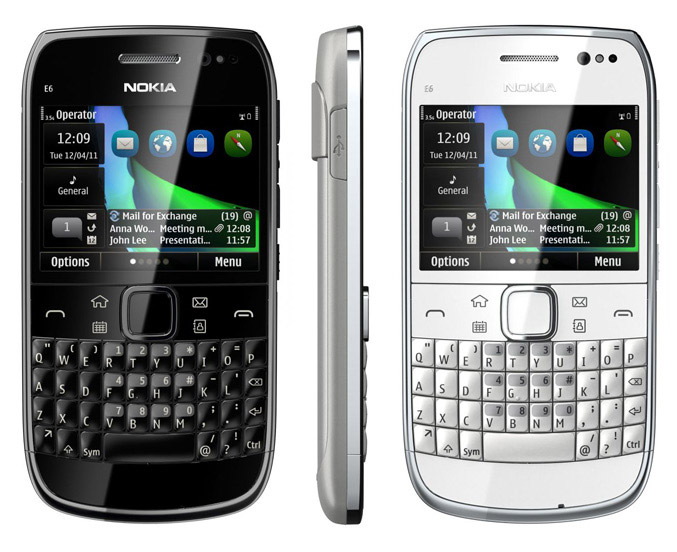 The Nokia E6 is available in Black, Silver, White colors and is expected to begin shipping in the second quarter of 2011 for an estimated retail price (before taxes and subsidies) of EUR 345. 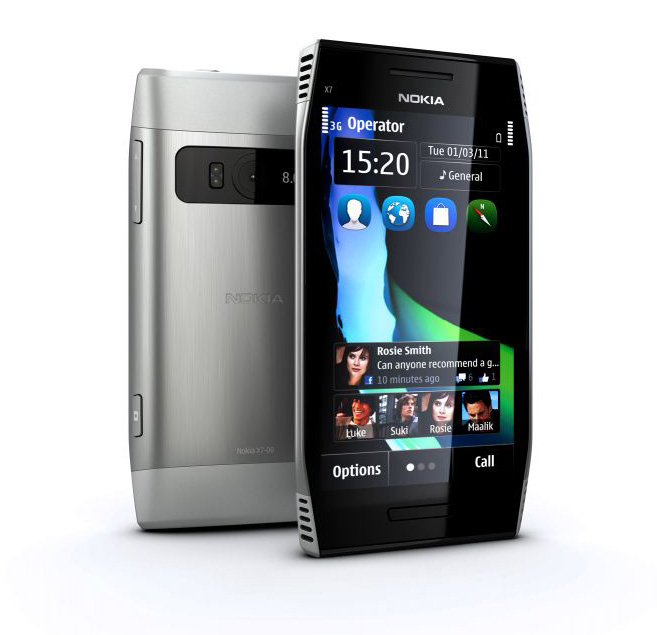 The Nokia X7 is more entertainment-focused and packs 4-inch (640 x 360) AMOLED touchscreen with Gorilla glass, and also has a stainless steel construction that measures 119.7 x 62.8 x 11.9mm. The phone has ARM 11 CPU at 680 MHz with additional graphics accelerator (Integrated Video Engine), 350MB in-built memory, a microSD slot and is also equipped with a rear-facing 8 megapixel camera with dual LED flash and 720p video recording, like its E6 brother.It has a 3D Entry Accelerometer, Ambient Light Sensor and Proximity sensor, connectivity includes 802.11 b/g/n WiFi, Bluetooth 3.0, micro USB, and comes with an 8GB memory card in the box. The battery is 1200 mAh. It will come also preloaded with the  Galaxy on Fire HD and Asphalt 5 HD games.

The Nokia X7 is available in Dark steel, Light steel colors and is expected to begin shipping in the second quarter of 2011 with estimated retail price (before taxes and subsidies) EUR 380.

As for the nick-named Symbian Anna update, it will also be available as standard on newly shipping Nokia N8, Nokia E7, Nokia C7 and Nokia C6-01 devices, as well as available to download on previously purchased models of those same smartphones.