“Along with gaming innovations in Microsoft Windows and DirectX, NVIDIA 3D Vision proves there’s never been a better time to be a PC gamer,” said Corey Rosemond, group marketing manager, Windows Gaming. “By including support for previously released and upcoming Games for Windows and Games for Windows — LIVE titles, PC gamers can expect a new level of immersion in full stereoscopic 3D, and enjoy broad support for the hottest games.” 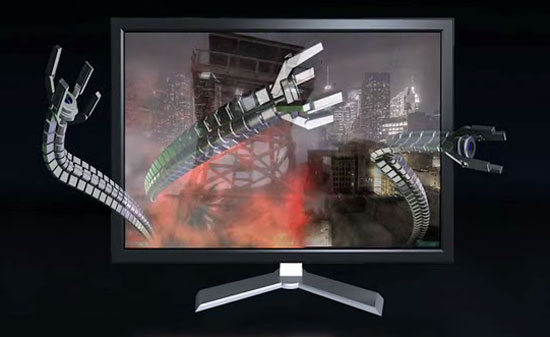 “For gamers, 3D Vision for GeForce represents a whole different way of experiencing the game, and for developers, it unlocks the potential of making the game literally pop off the screen,” said Ujesh Desai, vice president of GeForce desktop business at NVIDIA. “From games to movies to photography, 3D Vision delivers a truly immersive awesome 3D experience.”

3D Vision for GeForce is available starting today from leading U.S. e-tailers including www.compusa.com, www.tigerdirect.com, www.microcenter.com; as well as direct from www.nvidia.com for a suggested MSRP of $199 USD. Worldwide availability will be announced later, in the first quarter.